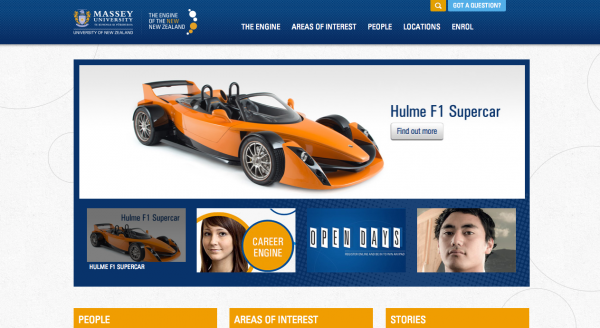 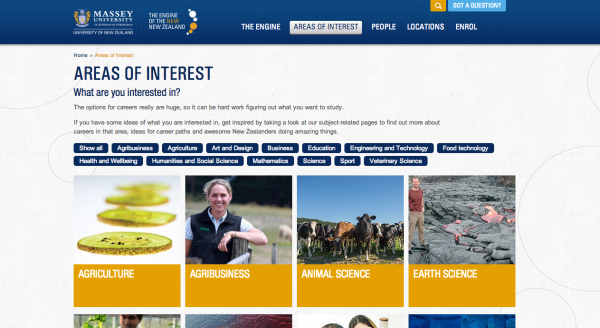 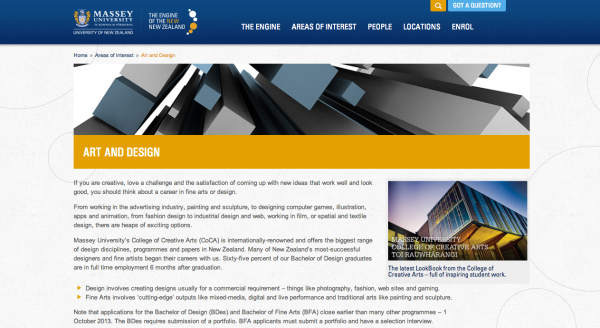 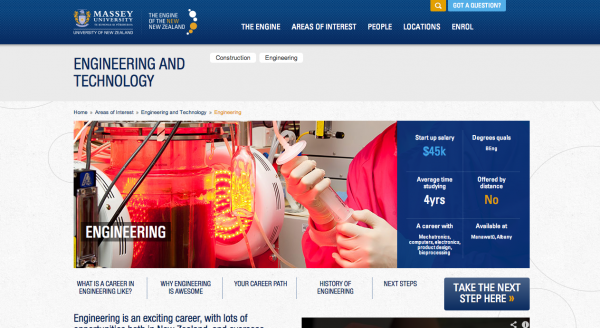 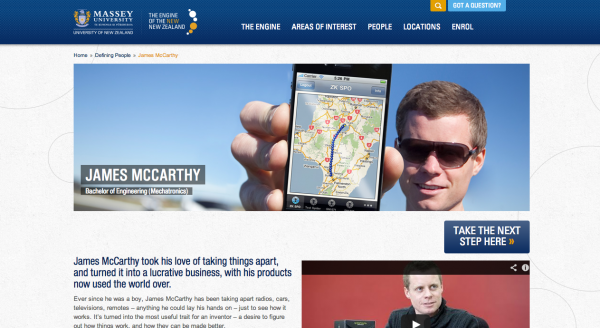 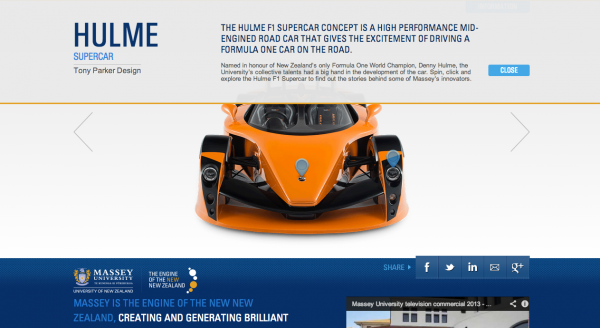 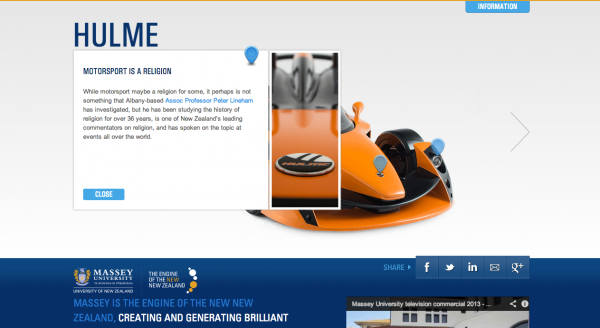 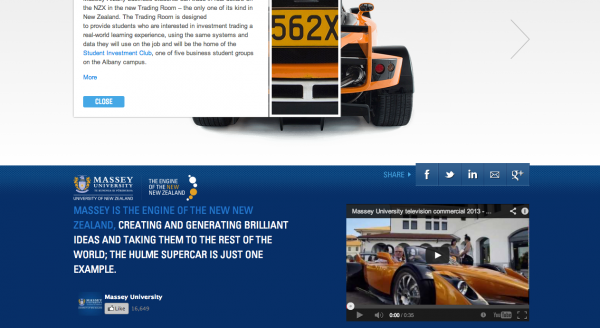 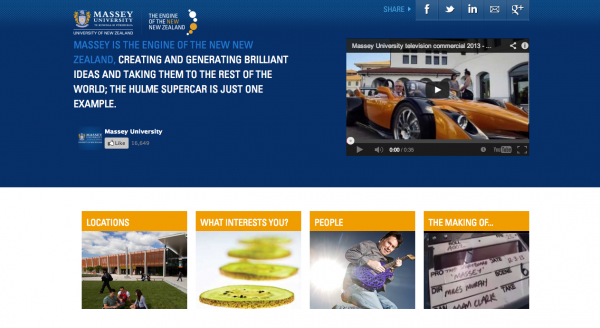 "Massey University (Māori: 'Te Kunenga ki Pūrehuroa') is one of New Zealand's largest universities, with approximately 35,000 students, 17,000 of whom are extramural or distance learning students.

Massey University has campuses in Palmerston North (sites at Turitea and Hokowhitu), Wellington (in the suburb of Mount Cook) and Auckland (at Albany). It also has the nation's largest business college accredited by The Association to Advance Collegiate Schools of Business. Research is undertaken on all three campuses.

Massey University is the only university in New Zealand offering degrees in aviation, dispute resolution, veterinary medicine and nanoscience. Having been accredited by the American Veterinary Medical Association, Massey's veterinary school now has the distinction of having its degree recognised not only by New Zealand, but also the United States, Australia, Canada, and Britain, as well as most other countries in the world. Its agriculture programme is also leading in New Zealand and is ranked 21st in Quacquarelli Symonds' (QS) world university subject rankings. Massey's Bachelor of Aviation (Air Transport Pilot) is an internationally recognised and accredited qualification and is the first non-engineering degree to be recognised by the Royal Aeronautical Society (1998) and has ISO9001-2000 accreditation." Source: Wikipedia