Will DevOps be the new norm? 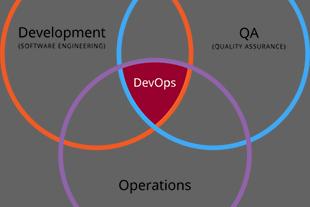 The success of Spotify as a product, and their high technological achievements, quickly got the attention of the IT (now called Digital) world.

When talking to my peers on 'meetups' or at work, most of us express some kind of awe at what Spotify have achieved in the last 5 years.

About two years ago, Spotify started to release some slides and videos about their working culture, and some of us were introduced to the idea of DevOps.

So what are DevOps again?

"DevOps is the practice of operations and development engineers participating together in the entire service lifecycle, from design to development to production support.” —TheAgileAdmin

"DevOps (a clipped compound of 'development' and 'operations') is a culture, movement or practice that emphasizes the collaboration and communication of both software developers and other information-technology (IT) professionals while automating the process of software delivery and infrastructure changes. It aims at establishing a culture and environment where building, testing, and releasing software, can happen rapidly, frequently, and more reliably."—Wikipedia

With my extensive experience as a Web Architect (or full-stack PHP developer) responsible for every aspect of the development, release and monitoring cycle, DevOps for me is when a given team has as much responsibility as the Web Architect for a website or small web application.

I experienced the transformation of conventional development life cycle at Air New Zealand.

Before, in old days, when something was deployed it actually meant it had been done. Now, under the new norm of the feature life cycle (?), a given feature have to have a business owner and get matured, discussed, investigated, then it gets into the backlog of development life cycle. Which will be later on be prioritised. This is great!

The same way the developers and testers now have the responsibility of not only coding but deploying and monitoring what is in production. This is called ownership. Again, this is great!

Will DevOps be the new norm? I'm not sure, but I certainly hope so.