A little about Pedro and his past. 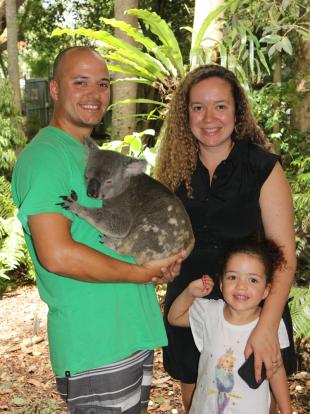 I'm a Web Architect and have run my own business based in Brisbane and Auckland since December 2011.

I was born in São Paulo and raised in Porto Alegre (both Brazilian cities). Towards the end of 2006, I travelled to New Zealand for holiday. I fell in love with NZ, and in 2016 I became a New Zealand citizen. Unfortunately, due the housing crisis in Auckland my family and I decided to stop paying rent and decided to move to Brisbane due to house affortability. Today we live happily in our own house in the sunny Brisbane.

I have 21 years’ experience in the IT industry: 9 in Brazil, 10 in New Zealand and 2 in Australia. To follow are the companies I have worked for as an employee:

From October 2010 to January 2011, I've lived temporarily in Wellington to work on some NZ government websites such as beehive.govt.nz, linz.govt.nz, landonline.govt.nz and geospatial.govt.nz.

As a contractor in New Zealand (5 years), I've provided services for the following companies:

You can see my CV at Linkedin.

I'm a proud Gaúcho who loves our tea called mate (or chimarrão), and I’m crazy about my football club, Sport Club Internacional - I, myself, am a goalkeeper.

I'm married to Ligia Borges Fortes, whom I met in high school, and I’m father to the beautiful little Kiwi-Brazilian girl Lara.

And last but not least, as for music, I'm a guitar player with eclectic tastes. On my playlist you will mostly see rock, reggae, rap and Brazilian Popular Music (MPB in Portuguese).

I hope you enjoy this website, and your feedback is much appreciated.